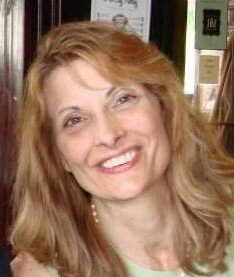 Ana Johnson passed away in Chico, California on September 9, 2021 after a courageous battle
with cancer. Ana was born on February 12, 1965 in Santa Ana, California to Dwight and Charm
Jones. The family moved to Chico in the early ‘70s . Ana grew up in Chico graduating from
Pleasant Valley High School in 1983 where she enjoyed playing sports and cheerleading.

In 1985, Ana was diagnosed with Multiple Sclerosis and stayed close to her parents. Ana
received an AA degree in Cardiovascular Therapy from Grossmont College in San Diego. Ana
worked in Cardio Telemetry before moving to Provo, Utah where she gave birth to her son, Paul.

In 2010, Ana moved back to Chico and reunited with her High School sweetheart, Brad Johnson
whom she married in 2016.The couple remained in Chico with their constant companions, two
Boston Terriers, Mrs. Beasley and Abernathy. They enjoyed going to concerts, cooking and
flowers.

Ana was diagnosed with cancer early this year. While battling the disease, she touched the
hearts of everyone with whom she came into contact. Her brave attitude and infectious smile
were inspiring to all. She passed away with her husband by her side.

To send flowers to the family or plant a tree in memory of Ana Marie Johnson, please visit Tribute Store