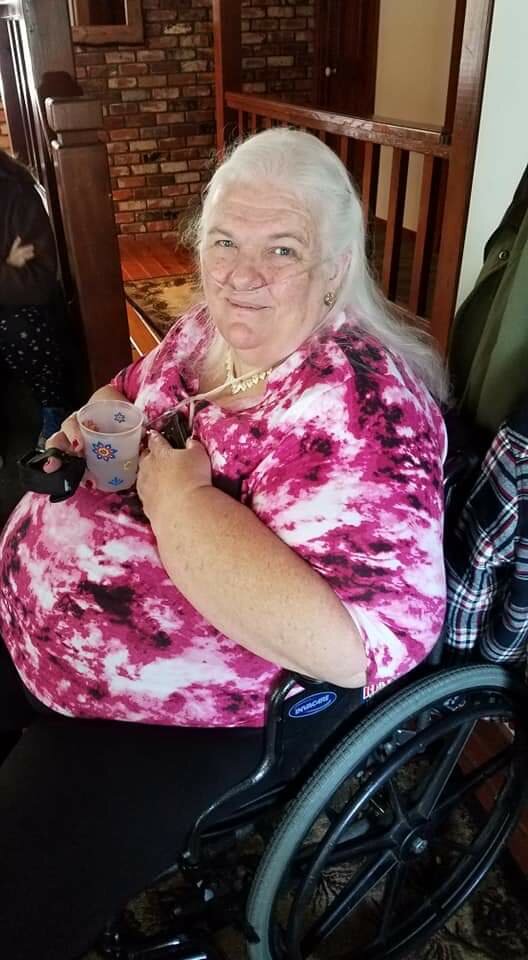 Virginia “Ginger” Lorraine Howard-Andres was a caring mother, life partner, grandmother, sister, and friend. She left this world suddenly on April 24th, 2022, at the age of 70.

She was born to Veril Howard and June McGregor (Miller) on February 28, 1952. Ginger was the little sister of Judy and later the big sister to Audra. She always had a special connection with her sisters which influenced how she would later raise her own children.

After graduating from high school, Ginger went on to graduate from Beauty College and pursued many jobs, doing everything from working on a cattle ranch to working on taxes in her early life and working as a paralegal and managing a security company in her later life. But Virginia’s greatest achievement was her family.

She had six children of her own, but Ginger had always wanted more so she frequently became a surrogate mother to the friends her children would bring home, making her a 2nd mother to countless other children. Her children always came first, whether that meant working two or three jobs to provide for them, or taking them to countless 4-H, FFA, and CSHA meetings and events. This also included football, baseball, basketball, and track team practices and games or meets. She wanted her children to be successful and independent, but more than anything she wanted them to be happy.

She met the love of her life, Peter Andres, at the age of 37, and although she came with four children that didn’t stop them from having one more and taking in several more along the way during their 33 years together.

In her later life she became a doting grandmother and great grandmother. After her children, Virginia’s next focus was all the grandchildren and spoiling them as she felt all grandmothers should, sharing activities she enjoyed in the hopes the grandchildren would find new hobbies, and distilling wisdom when needed.

Ginger loved cooking, cake decorating, sewing, watching movies, listening to music, traveling around the United States, and helping everyone in her life. She made several wedding cakes for friends and family along the way and countless bridal party dresses and everyday clothes. To all of her children and their friends the biggest question was always which was better, the homemade lasagna or the coffeecake made from scratch.

To send flowers to the family or plant a tree in memory of Virginia Howard-Andres, please visit Tribute Store

Share Your Memory of
Virginia
Upload Your Memory View All Memories
Be the first to upload a memory!
Share A Memory
Send Flowers
Plant a Tree