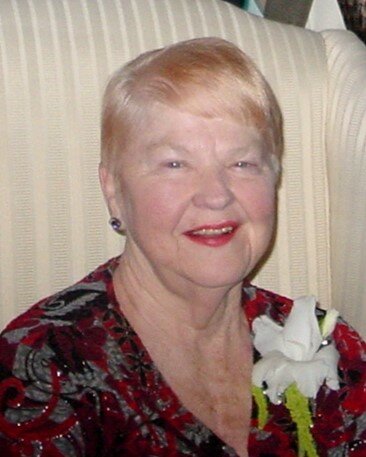 Barbara Pinkston was born on her grandparent’s farm near Holbrook, Nebraska to parents Walter Mohrman and Reva Hardesty Mohrman on February 29, 1936 and departed this life on November 13, 2022.

Barbara always loved school and her first six grades were spent in a one room country school.  The family moved to the village of Holbrook when Barbara entered seventh grade and she graduated from Holbrook High in 1953 as valedictorian.  She entered Bryan Memorial Hospital School of Nursing that fall and graduated as a registered nurse in 1956.  She worked at Children’s Hospital in Omaha as a surgical nurse and evening supervisor until December 1961 when she moved to San Francisco, California.  There she worked as night supervisor before moving to San Mateo in 1963 where she worked in the Intensive Care Unit at Mills Memorial Hospital.

She married Clarence Pinkston on November 12, 1964 and they lived in the Bay Area until work transferred them to New York state in 1972.  The family now included four children and they settled in Wappingers Falls, New York.  Barbara loved working with children and was a volunteer teacher’s aide, taught environmental education at Stonykill Farm and was a junior girl scout leader for many years.  She was also a trainer of adult girl scout leaders.  She was a lifetime member of Girl Scouts USA and of Beta Sigma Phi sorority where she met many true friends.  In later years she became a Red Hat.

After her husband’s death in 1992 she returned to California in 1993 with her daughter, Kathleen.  She had resumed her nursing career in 1981 in geriatrics and continued in this path until retiring in 2006.  Barbara enjoyed reading, OLLI classes, attending plays at Chico Theater and Oregon Shakespeare Festival, and the activities at Oakmont Independent Living where she moved in 2015.

She was predeceased by her parents, a brother Larry, and her husband.   Barbara is survived by her children Elizabeth Neuman (Mike), David (Ruth Platt), Clarence (June Post), and Kathleen, five grandchildren and one great grand-daughter.

A Celebration of Life will be held at Oakmont Independent Living in Chico on Saturday, December 3rd, at 10 am.

To send flowers to the family or plant a tree in memory of Barbara Pinkston, please visit Tribute Store

Share Your Memory of
Barbara
Upload Your Memory View All Memories
Be the first to upload a memory!
Share A Memory
Send Flowers
Plant a Tree